Readers here , or visitors to our Facebook page know that I have been re-reading many of the books that have influenced me over the past couple of decades, books that weren’t just interesting, but actually caused a change in the way I see the world and the way I live in it.

I was telling a friend about my re-reading project, and some of the lessons they have in common and some of the things that were unique to each book and he asked me a valuable question: “What,” he asked “do you think the first thing we need to learn to become who we want to be?”

I thought a minute, over the books I had re-read up to that point. Then I realized what the real basis is, what the one thing that all the self help books I have ever read had in common. “Our belief controls who we are.” “I said. “And we can change that belief.”

Belief is any habit or thought that controls or influences our actions. They start piling up in our heads and hearts when we are kids and they control who we are and what we do until we are old. Belief has the power to propel us to amazing things, or hold us back from them.

For many of us, perhaps all of us, belief is intially instilled in us by someone on the outside – family, friends, schools, co-workers. They all see things, decide things about us that may or may not be true, and convince us that they ARE true.

At times their convincing of us may have good motives, at times they may have self serving motives, and at times they may be thoughtlessly done. The truth is, however, that they are borrowed beliefs, but with time and repetition, the habit of thought makes them become ours. And then our own minds take over and we repeat the belief over and over and over again until it becomes, in our own minds, THE TRUTH. It’s not the truth of course. It’s just a belief. A habit of thinking.

And habits can be changed. Any habit.

And that is the first and most fundamental life lesson, that belief controls our actions, and we can control our beliefs.

I am not kidding myself and I would never try to kid you, that it is easy. But, if we really want change in our lives, to become more (You fill in what you want to become more of.), or to become less (Fill this one in for yourself too.), then the very first thing we must realize is that we can do it. It’s not some mysterious process. It’s not some Goliath. It’s a habit.

And how long does it take habits to change? 21 days, the experts tell us. Three weeks.

My suspicion, both from my own life and from listening to many, many others, is that many people who profess to want change and growth don’t really believe that they can do it. They would like to believe. They know it’s worked for others, But somehow, we think that our case is different.

Nope. It’s not. Your case is unique. Trust me on this one – I’ve made that mistake enough times to know it IS a mistake. The beliefs you need to change are different than the ones I need to change. But the fundamental concept, that we CAN change a belief, does not vary from person to person. So, life lesson number 1: Beliefs guide who we are and what we become, and we can control those beliefs. 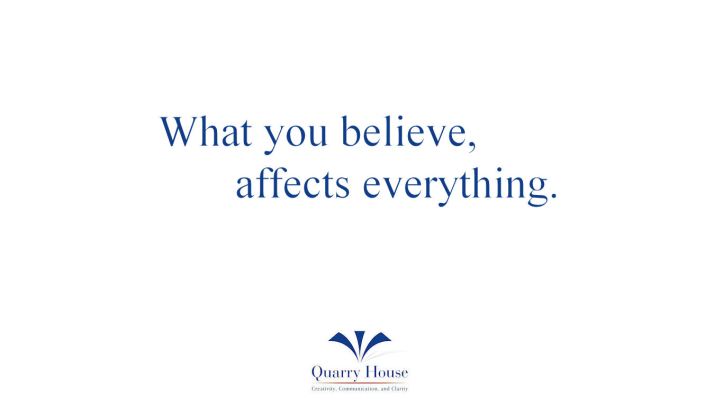